​In my African American Literature course at Michigan State University, my classmates were discussing issues deriving from the systematic racism inherent in the United States’ government: from criminal drug policies to the manufacture and marketing of foods that have low nutritional value. On this latter point, a black girl sitting near me made an offhanded comment: “Yeah, GMOs!” Just two words, spoken, not contested, in a room of twenty-plus people. I didn’t see the reactions of my classmates, but no one seemed to care that the comment was founded in misinformation. Just two words made me consider how skewed the American perception of what “good food” is, and how certain groups are particularly susceptible to believe these crafted misconceptions. 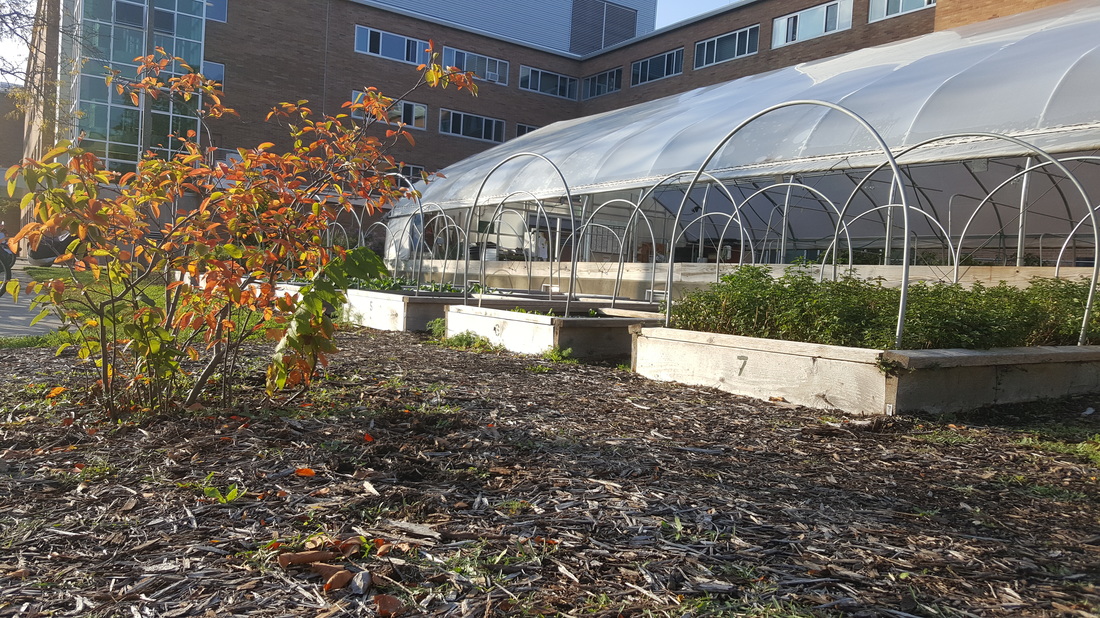 Liberty Hyde Bailey GREENhouse and Urban Farm
​African Americans are often targeted by advertisers, food manufacturers, and food activists because of their purported “susceptibility” to the influence of the ethics of others – meaning, those of white people. On the one hand, food producers use packaging, advertisements, and various other types of media to persuade people of color (POC) to purchase their products – many of which are lacking in health. For example, many ads for sodas like Coca Cola will feature black actors portrayed in a happy, healthy environment, suggesting to those watching that buying such a product will contribute to their health and happiness. These companies also exploit the natural affinity humans have for sugar in their targeting of POC. The food marketed may taste good, but it is not nutritionally – or ethically – good.

On the other hand, food activists advocate for “good food” under the assumption that their nutritional and ethical standards are universal. A white advocate may preach to Southern blacks about the nutritional benefits of eating cauliflower mash instead of mashed potatoes, but imposed knowledge refuses to acknowledge the learned tastes and cultural norms of those POC. With 36% of the U.S. population comprised of POC – who have distinctly different (i.e. nonwhite and thus unprivileged) experiences with their environments and culture – there is not likely a universal “white” ethic that can be accepted by such ranging diversity.

Rather than tackling issues of access to “good food” with universality, lots of food-related activism takes place at the community level, through the efforts of nonprofits and local government organizers. Within these groups, POC are absent. Only 18% of nonprofit employees are POC, and an even lesser 7% are executives. When you consider that 60% of nonprofit organizations serve POC and a presumed, but not always accurate, universal ethic is often imposed by these organizations, it becomes clear that many of these organizations are not effectively reaching the communities they are trying to impact.

Part of this may be due to the historically problematic nature of community agriculture programs. According to Julie Guthman, a professor from the Department of Community Studies at UC Santa Cruz, the term “organic” is steeped in controversial and racial connotations. Within the alternative food movement, which encompasses the mission of many urban farms, there is a discourse about the pleasures, healing capabilities, and empowerment that comes from getting one’s hands dirty. This rhetoric, however, is something that “some black nationalist groups have worked to distance themselves from” because of its association with the “dirt, filth, and backwardness [of]…the ‘slave diet.’”

There is also little effort on the part of white allies to combat the lack of racial representation in community agriculture. There are people like me, who genuinely want to support POC in their journey to attaining “good food.” I find deep fulfillment in my work in the hoophouse, and I am serious about continuing to participate in community agriculture and combatting food insecurity in my future career. However, I fear the “white savior” mentality that this “do-good” disposition often leads to. So what can I, and other white people, do to help communities of color without problematizing the missions of the organizations we care about vehemently?

It starts with creating programs that support leaders of color, students of color, and communities of color. Starting at this very university, POC can be supported in the creation, funding, and leadership of programs that mentor nonwhite students. We can’t just expect African-American-run community gardens to pop up overnight; we have to actively put resources into the people who can make it happen. Supporting existing organizations of color with our time and money can make a huge difference in communities where POC are neglected. Systematic change within the ways that these nonprofits function is the truly effective way to approach community organizations and improve access to “good food.” As white allies, there is a lot of work for us to do.
About the Author
Lindsay Mensch. 19. Studying English at Michigan State University. Obsessed with Radiohead, cats, and carbohydrates.