An Exploration of the English Kitchen

When considering why my friend's family has such a small fridge, there are some interesting factors relating to food packaging to consider. In some ways, a fridge could be considered a food package or container, since it helps store and preserve foods for later consumption. In the Gastropod podcast we listened to, called "Outside the Box: The Story of Food Packaging," the narrators/journalists - Nicola Twilley and Cynthia Graber - described how innovation in food packaging led to the creation of early class systems. Those who could accumulate the most food, and store it best in their clay pots (which represented their wealth), were the wealthiest. England is historically known for its distinct class system, which is interesting to consider when looking at this English fridge. One explanation I can think of for this apparent irony is something that is mentioned in Joan Gross and Nancy Rosenberger's piece, "The Double Binds of Getting Food among the Poor in Rural Oregon." Nowadays, the consumption and accumulation of things that show "external signs of wealth, such as cars and computers," is a more important indicator of  class than the food we buy and eat (68).

Yet, if it's still true that the richest have the most food, then how is it that this middle class family seems to have such little refrigerated food storage? For one, they likely have more dry food outside of the fridge that could suggest their class status. Secondly, space is a huge constraint for the English. Since the population must be confined to a finite - and restricted, since it is surrounded by water - area, they must have smaller dwellings in general, especially in areas like Lowestoft (where my friend is from). Below is an image of his parents' home, which is comparable to the size of many lower middle class suburban American homes. 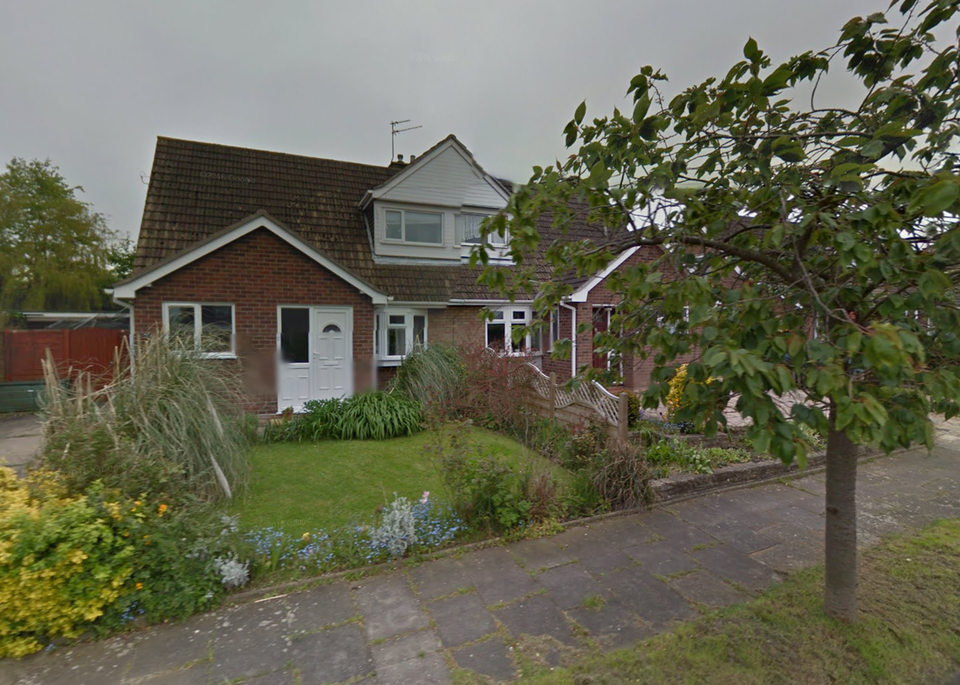 His family home.
In my home, not only do we have a full-sized (~18-22 cubic ft.) refrigerator, but also a full-sized freezer. So why is there still so little refrigerated food storage in this English home? Possibly because of the conveniences of packaged foods.

When I asked my friend to take a picture, it was actually hard to determine what many of the items in the fridge were. There were two reasons for this: a) the branding was unfamiliar to me, or b) the packaging itself was so general that it revealed nothing about the specific product inside. One item that jumped out to me immediately (see photo below, left) was the product called, "Utterly Butterly Lightly." Based on my experiences with similarly packaged American products, I wondered if this was real butter, or if it were a type of margarine. After a quick Google search, I determined that this spread was a butter substitute: indeed, a margarine.

On the other hand, it was very unclear what many of the other items in my friend's parents' fridge were. For instance, on the fridge door shelving (see photo below, right), there are many bottles - some of which I speculate to be salad dressing, mustard, orange juice, and milk. However, it's very unclear what's contained in many of these bottles, whose labels are concealed. So, I asked my friend to send a short list of some of the main components in the refrigerator.
Curiously, I could hardly distinguish any of the fresh items he listed, like grapes, vegetables, or cheese - most likely because of the food packaging. The amount of packaging in the fridge was honestly astounding: packaging within the ultimate package - the refrigerator. Much of the packaging has a lot to do with the convenience of preparing meals with these items. After doing the Laura Shapiro reading about American homemakers, I wonder if the same way true of my friend's mother. She has a job, as well, but coming from a traditional background, she does a lot of the housework "expected" of women. I wonder if it was also a struggle for her or her mother, as Englishwomen, to transition from using whole ingredients to prepackaged convenient foods because of the duty they felt to provide their families with fresh, healthy meals.

However, the argument of packaged food might come back to class yet again. As the Gastropod podcast shares, packaged foods were only available to common people during the beginning of the twentieth century. As interviewee Gary Cross says, "[I]nstead of canning...just for the elite, you could can tomato soup for the masses." Perhaps the old sentiment, of class privilege, is attached to packaged foods in England. Purchasing convenient foods, could, in fact, make it easier to spend leisure time on other things - like acquiring more wealth.

The consumption habits of just one English family have left many questions in my American mind about the cultural differences in class and food between two seemingly similar places: England and America.

Fridges an ocean apart make a world of difference.
About the Author
Lindsay Mensch. 19. Studying English at Michigan State University. Obsessed with Radiohead, cats, and carbohydrates.