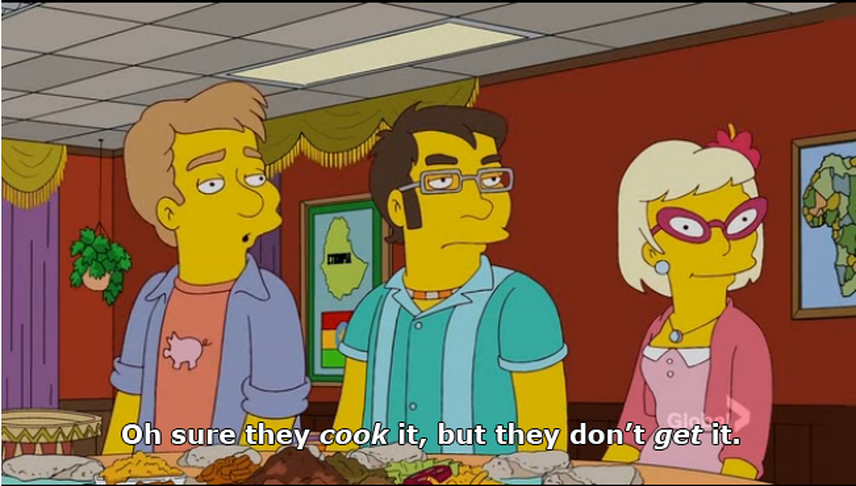 As an exploration of the podcast as a medium and food’s relationship to social science, this project was very important for figuring out themes and styles that I might like to incorporate in my future podcast production. I selected podcasts from three shows – Gastropod, Gravy, and The Sporkful – that were all related to an idea I am very interested in: the connections between food, culture, and privilege. The first podcast I discovered was the one that influenced my decision to find others relating to this topic; it was the podcast from a series on The Sporkful called “Other People’s Food Pt. 5: Your Mom’s Crappy Casserole.” This episode of the miniseries discusses the themes of food assimilation and appropriation. The next podcast I listened to was called “The New Old Country Store”; this episode was from Gravy, and pondered how well Cracker Barrel, the chain restaurant, can actually represent Southern cuisine and ideals. The final podcast I listened to was from Gastropod, called “The United States of Chinese Food.” This show discussed the adaptation of Chinese cuisine to suit American tastes due the racial tensions that existed between immigrant groups. Overall, the three shows discussed how food can be used as a justification for oppression or a tool for equalization, and why it is important to question ours and others’ food culture.

“Other People’s Food Pt. 5: Your Mom’s Crappy Casserole” opens with an explanation of the episode’s general content, and includes The Sporkful’s slogan: “It’s not for foodies, it’s for eaters.” This rhetoric is interesting, especially in the context of this episode. Instead of appealing to an audience that’s in it for the trendiness of the counter-cuisine movement, this slogan suggests that the podcast wants to get deeper into food-related issues. Indeed, this episode goes deep, touching on topics of race, appropriation, and cultural sensitivity. Much of podcast is spent asking questions of the guests – Ashok Kondabolu and Michelle Buteau – about their experiences with food and their cultural background. Both of them agreed that food is a very personal thing, and that it is sometimes used to draw lines between cultures. Often, white people will come into a country, learn extensively about the gastronomy, return home with their newfound cultural knowledge, and exploit it for profit (in the form of restaurants/food service). Profiting from the cultural heritage of others is morally ambiguous; if one is aware of the cultural context of a food (for example, the French influence in the Vietnamese báhn mì sandwich) and is sensitive to the implications of that food, then it might be more acceptable for them to profit.
The Sporkful is structured with a host, Dan Pashman, who interviews several people about their experiences with food in front of a live audience. This format is unique and enjoyable to listeners because it allows for a natural dialogue, which is especially important since comedy plays a significant role in this episode (in which both of the interviewees are comedians). It also allows for the use of personal anecdotes to illustrate the larger issues at stake. However, a more structured podcast might be more authoritative and would allow for a more objective look at the racial issues at hand. In post-production, Dan voices over several explanations/addendums for what occurred live, and adds musical effects to create transitions and to frame the mood of the podcast. These additions make the episode polished and smooth.
​While this presents problems in and of itself, the preservation of Southern traditions themselves are seriously problematic. A past rife with slavery, racism, and homophobia was essentially replicated and packaged into more than 600 national locations. Many whites of the South see the past through rose-colored glasses; it is a nostalgia for childhood that creates a sacred conceit about the past, even in a region where segregation created an inequitable system for a significant portion of the population. This nostalgia of a privileged group, the narrator Besha Rodell says, should be questioned, even though it might seem to some like an interrogation of a benevolent past. 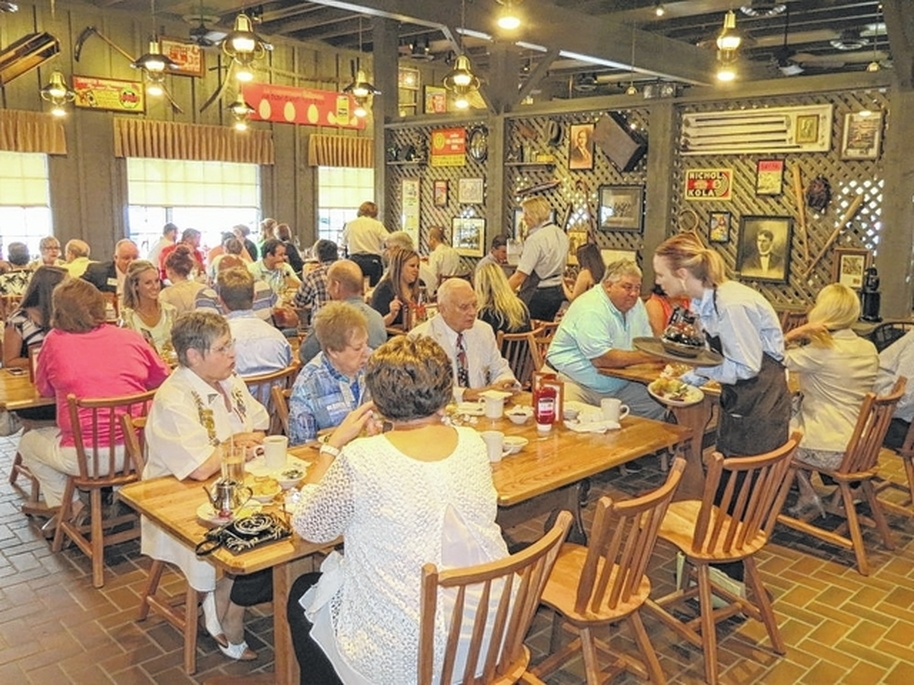 Notice the lack of people of color in this photo.
Besha tells of her experiences with Southern heritage through various anecdotes from her own life and from the history of the Cracker Barrel stores. Similar to the previous podcast, this allows her to discuss things of personal importance and creates a casual listening environment. This is far less empirical than some other forms of podcasts we have encountered in class, which include numerical facts and statistics that illuminate some sort of consensus on an issue (like “Soda Politics: Taking on Big Soda (And Winning)”). This podcast is still highly effective because it is more scripted and structured than the one from The Sporkful; it allows Besha to narrow her focus more and include selective information that all builds towards the ultimate theme she wants to express.
I think this sums it up nicely. 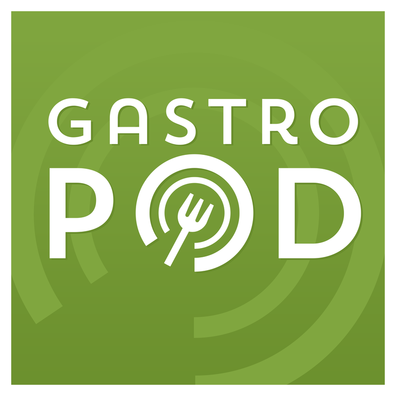 ​There were many misconceptions about what and how they ate; many people genuinely believed that they ate rats, cats, and dogs, and most marveled at the fact that they would “eat rice with sticks.” These misunderstandings about food fueled an already racist attitude towards the Chinese immigrants, yet many of these people ended up working in restaurants, and eventually, establishing their own. This was in part because white men felt threatened by the Chinese men; so instead of having the same job opportunities as the European immigrants, Chinese men were sent to do the “women’s work” – i.e. cooking. This demasculinization was racist; even as Chinese food grew in popularity, the people and cuisine were still subject to the same racist attacks. MSG is a common compound in Chinese cooking, which contributes to umami in a dish. Today, there are still many concerns about MSG, but these appear to be misconceptions based on misinformation, since research has shown that MSG has no negative health effects. This concern originally derived from a racial stigma – that the Chinese chefs were putting strange substances into our food. The paradox of racist tensions and an appreciation for American Chinese food paints an interesting picture of immigrant history in the United States.
Stylistically, this podcast is somewhere in between the first two. The two interviewers, Cynthia Graber and Nicola Twilley, have a back and forth dialogue, which is scripted but still read naturally. They also conduct interviews of different authorities on the subject, in order to establish their own ethos as presenters. The use of sound bites from films and music are also quite effective, since they tie directly into the topics of discussion. Gastropod seems to be in a middle ground between formality and informality, which opens the show up to a lot of different listeners – from scholars to the casually interested. These traits, overall, make for an effective and enjoyable listening experience.

​All of the podcasts above are important in revealing how food is tied to culture, and how both are tied to privilege. White privilege, as was discussed in the Guthman reading, is a critical factor that influences the way we view the cuisine and people of other cultures. In all of the podcasts I listened to, white people would often exploit or degrade the cultural foods of other people for their own gain. Understanding this form of cultural imperialism is important in questioning the common practices in white American culture. However, even in spite of the assimilative system in the United States, people are taking back their cultural foods and empowering themselves through their cooking. As seen with the Chinese immigrants in the 19th and 20th centuries, using your cultural heritage can get you far in society. As more and more people start to understand these issues, the more likely it is that equity will be achieved. Podcasts are a great medium to use to discuss such issues, since they can engage a wide audience with different interests and backgrounds. This medium can be a very effective form of communication, especially for disseminating authoritative information from varying viewpoints on the issues. I look forward to working with my own podcast as a forum for discussion on topics related to food!
About the Author
Lindsay Mensch. 19. Studying English at Michigan State University. Obsessed with Radiohead, cats, and carbohydrates.